In the alcoves of the side entrances of Saint Ita church are twelve windows, six on either side, portraying each of the twelve apostles.

By the St. Anthony Shrine

By the St. Therese Shrine 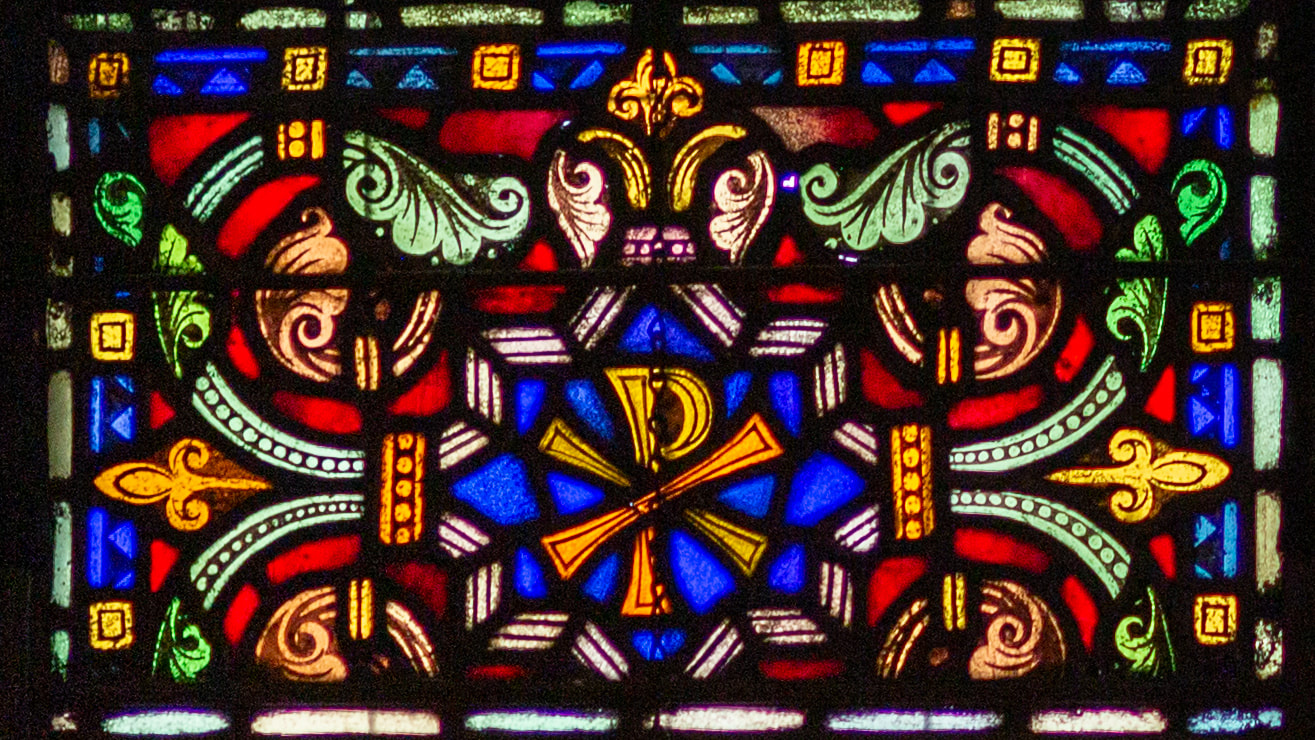 The Chi-Ro: a Christian monogram and symbol formed from the first two letters X and P of the Greek word for Christ 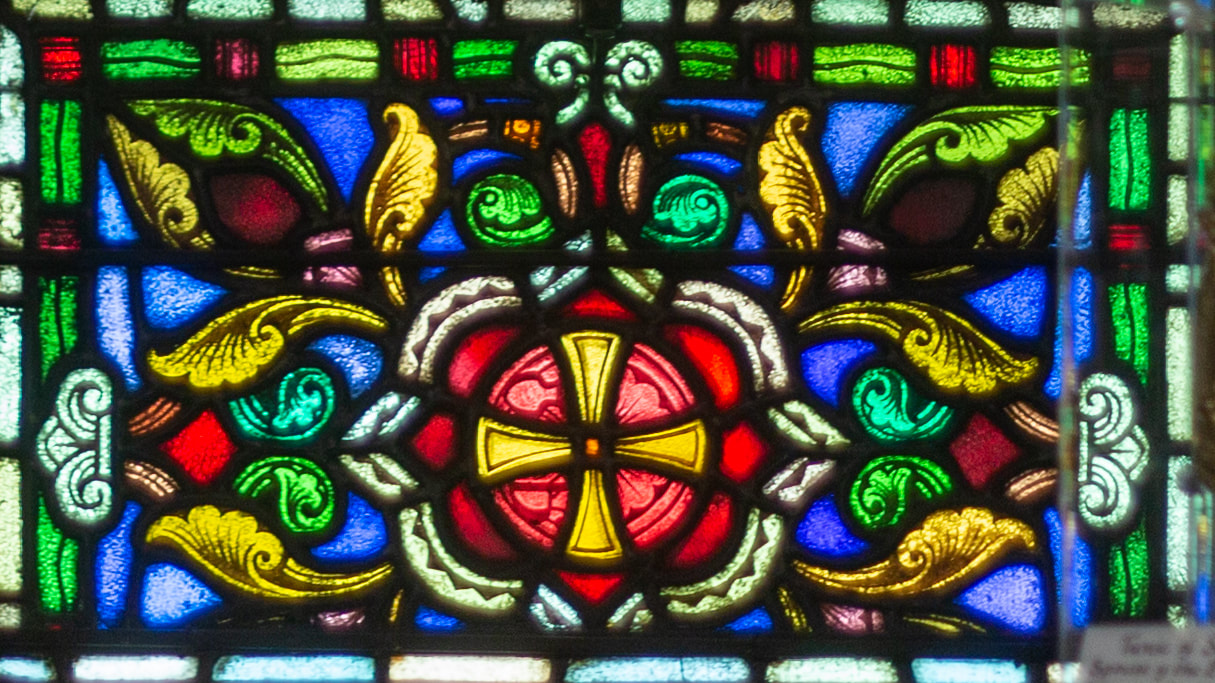 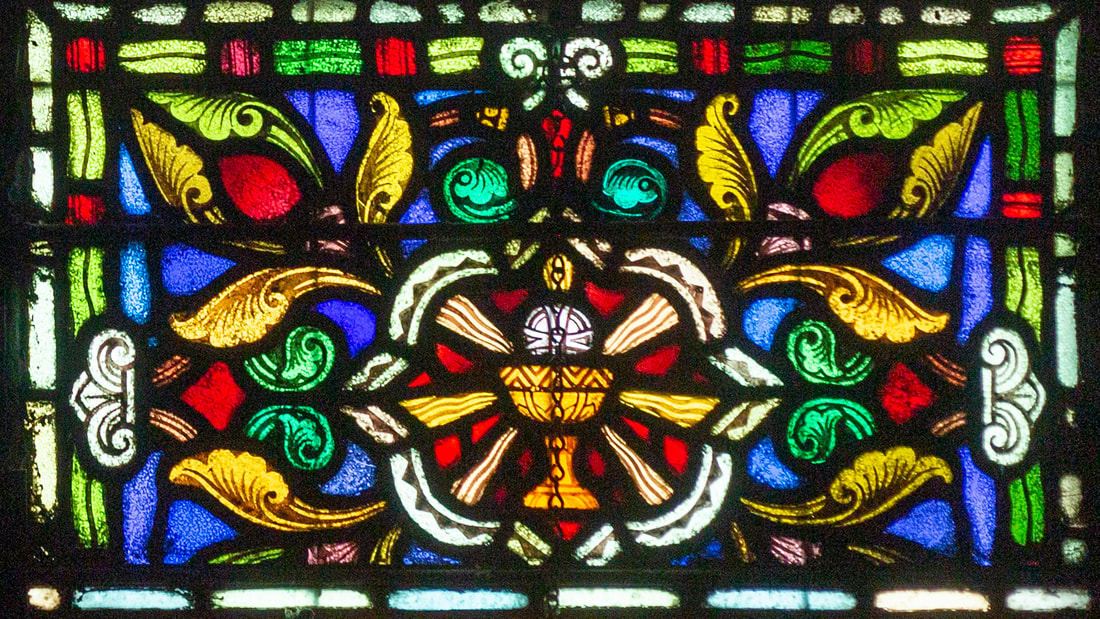 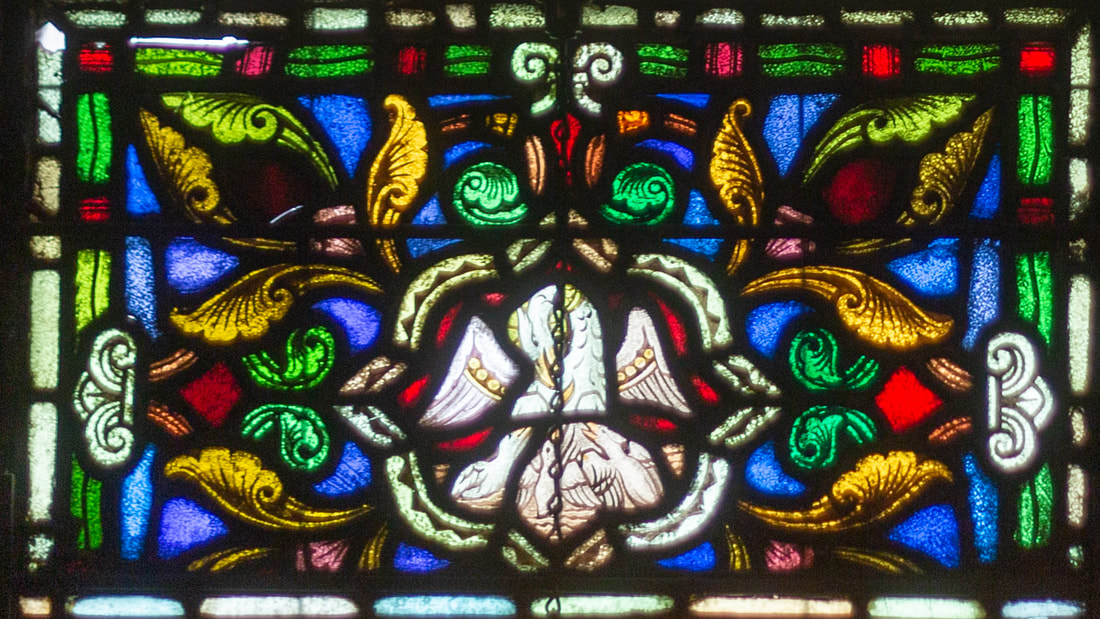 The Pelican: adopted by the early Church as a symbol of Christ due to a legend that the pelican pierces its own breast to feed its young. 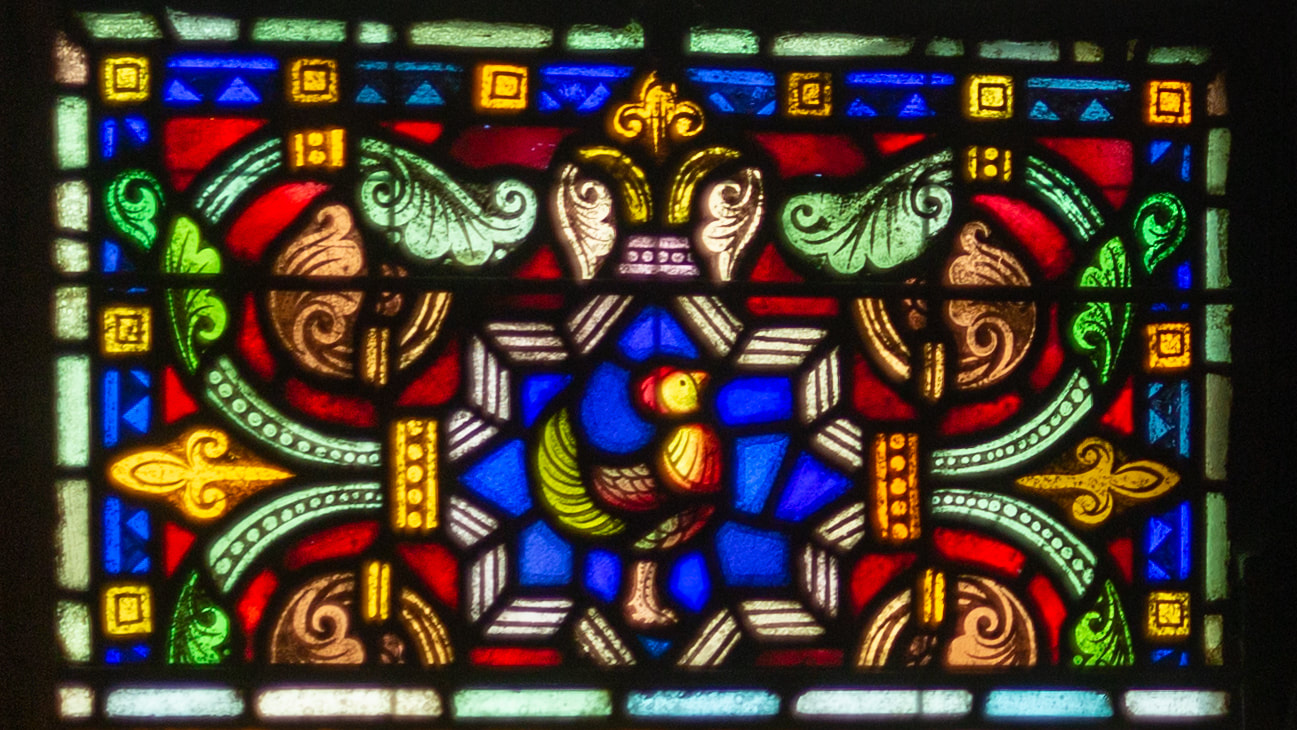 The Rooster: "Peter said to him in reply, “Though all may have their faith in you shaken, mine will never be.” Jesus said to him, “Amen, I say to you, this very night before the cock crows, you will deny me three times." (Matthew 26: 33-34) 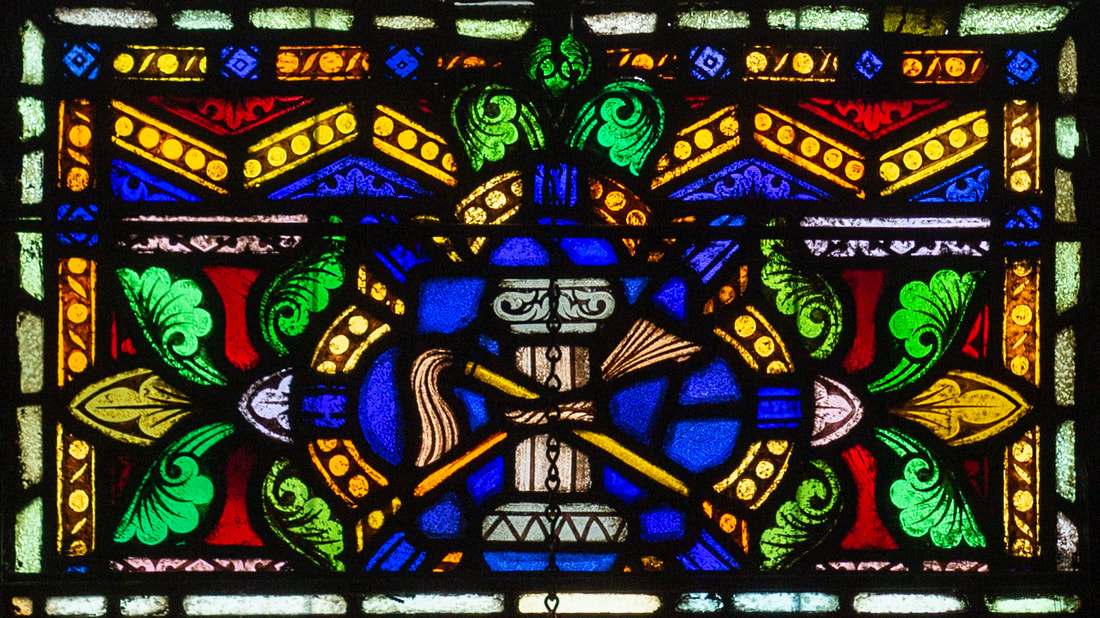 The Pillar and Lash: "So Pilate, wishing to satisfy the crowd, released Barabbas to them and, after he had Jesus scourged, handed him over to be crucified." (Mark 15:15) 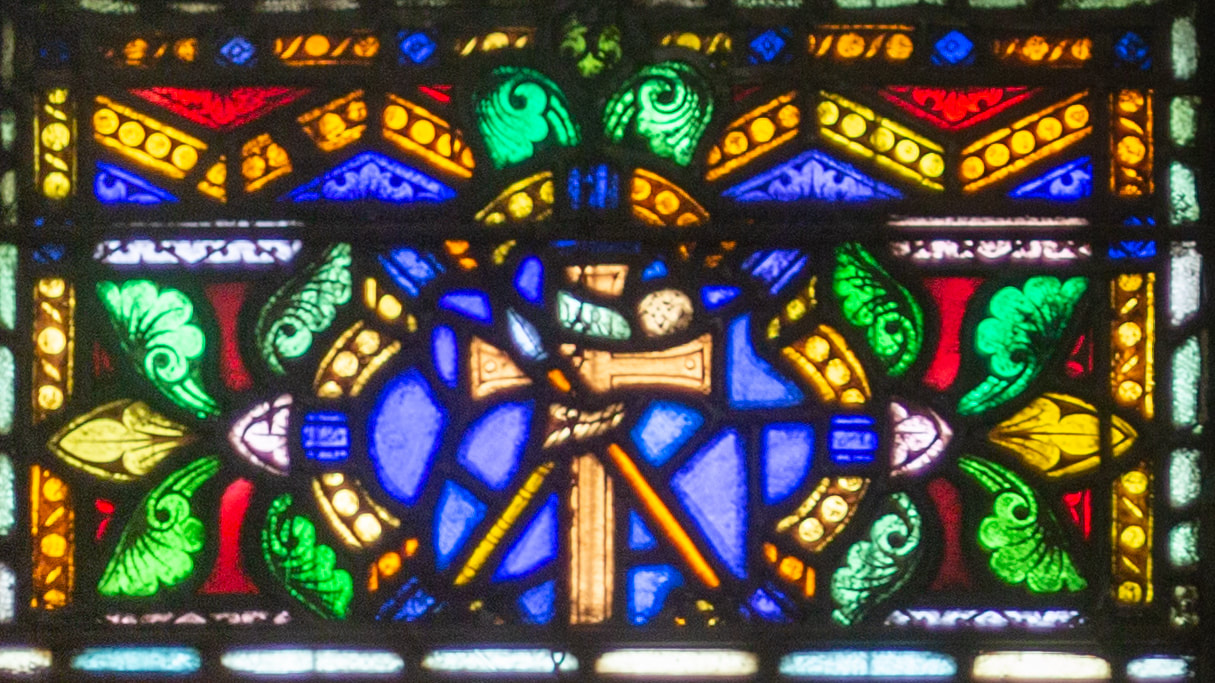 The Sponge and the Spear: "After this, aware that everything was now finished, in order that the scripture might be fulfilled, Jesus said, “I thirst.” There was a vessel filled with common wine. So they put a sponge soaked in wine on a sprig of hyssop and put it up to his mouth. When Jesus had taken the wine, he said, “It is finished.” And bowing his head, he handed over the spirit.

Now since it was preparation day, in order that the bodies might not remain on the cross on the sabbath, for the sabbath day of that week was a solemn one, the Jews asked Pilate that their legs be broken and they be taken down. So the soldiers came and broke the legs of the first and then of the other one who was crucified with Jesus. But when they came to Jesus and saw that he was already dead, they did not break his legs, but one soldier thrust his lance into his side, and immediately blood and water flowed out." (John 19: 28-34)